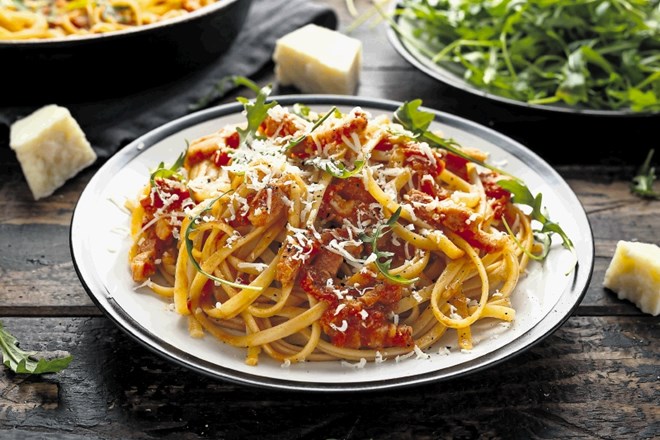 Macaroni or pasta should be thick, cheese doses should be to taste, but preferably in large quantities. (Photo: drone)

You will definitely remember the Italian city of Amatrice, even if you have never visited it before. Almost exactly three years ago, it was devastated by a devastating earthquake, and catastrophic consequences spread around the world on television. The amatriciana sauce with this name was first mentioned around 1790, but at first it was prepared a little differently in the city – without tomatoes. Smoked pork cheeks or chins were lightly fried and served with pasta with hard sheep cheese. Only a few decades later, one of the best ideas in Italian cuisine fell out and the sauce was added – the tomato. Before the dish was refined into a succulent form, it was called gricia after the sellers of bread and other delicacies. An interesting story tells that in the vicinity of the town of Amatrice, pigs and sheep were bred in large quantities and cheese was produced. Better cuts of meat and various meats were sold to the more discerning population of Rome, and cheaper, less respectable cuts of meat were sold to the natives. In particular, the cheekbones and chin, that is, the facial part, were marked with the seal of slaughter, which the Italians call the matrices. Hence the name of the city and the sauce.