It’s hard to say anything new about pizza. It is one of the most popular prepared dishes around the world. She came from neighboring Italy. It features sourdough with tomato sauce.

Basic design in the colors of the Italian flag. Add cheese and sprinkle with basil and oregano. Named after the wife of the first Italian king Margaret. However, the spread in the world has truly earned it quite a bit due to its simplicity, practicality, possibilities and endless ways in which we can prepare this famous dish.

But perhaps not all of you knew that this Italian dish was modified by many French people, often replacing tomato sauce with sour cream. Some of you may stink when choosing strong and “unhealthy” calories. However, I also believe that there are individuals among you who would accept such a version with open arms. As much as I follow the culinary world of cycling, a pizza like this is a nail in the head of a hungry, calorie-fed cyclist, for example.

Since we’re still quarantined, we’ll jump for ingredients and fresh air again in the nearby woods and cover pizza with healthy emaž, and we’ll add goat cheese and eggs, of course, all on our sour cream-coated dough. 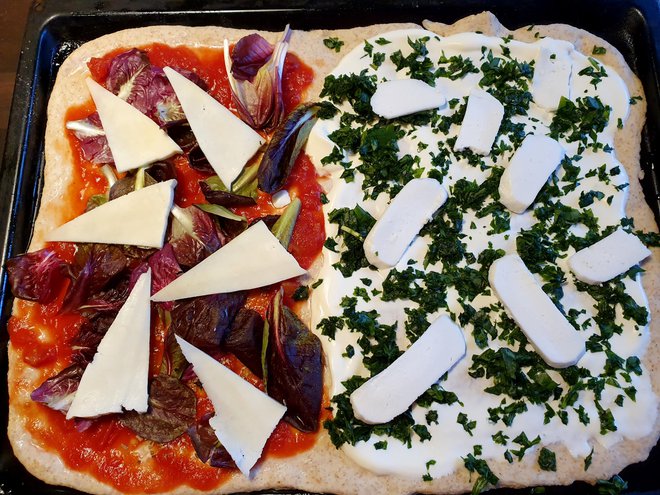 Let me also say that I have an “unbeliever thomas” (a trained caterer) at home, which stinks because of my decision. After tasting, with his head bowed slightly over the steam, he came to admit (which is very rare nowadays) that I was really lucky with this pizza.

For a large square baking pan, we need: 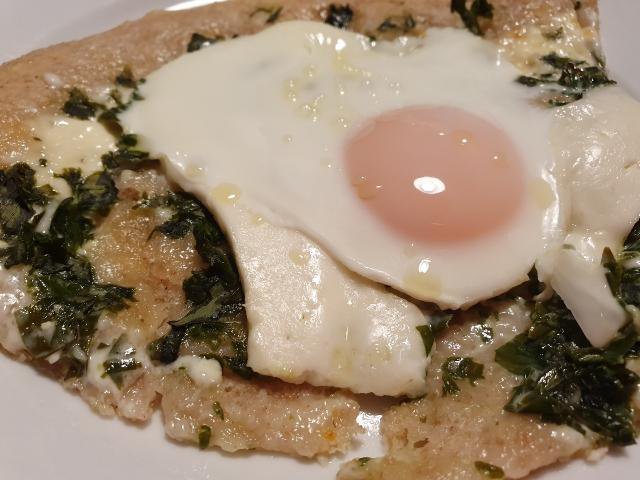 Shake the dough ingredients (flour, salt, yeast, oil and water) into a bowl. Knead a soft, smooth dough and let it simmer for half an hour, so that it rises at least twice. Then the dough is spread on a baking tray greased with butter.

Pour sour cream on top, sprinkle with chopped chamomile and cheese. Bake the pizza at 200 degrees for 15 to 20 minutes (depending on the thickness of the dough). 5 minutes before the end of baking the pizza, beat another egg if desired.

***
Tanya Drnovic has used her architectural studies to make the best desserts, and food is her passion, she sees sports through nutrition when she’s not cooking, designs jewelry and then goes cycling. She is the mother of three children.